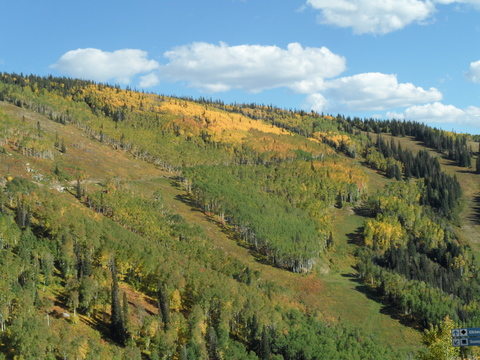 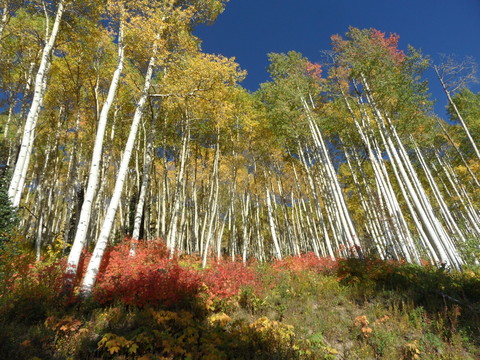 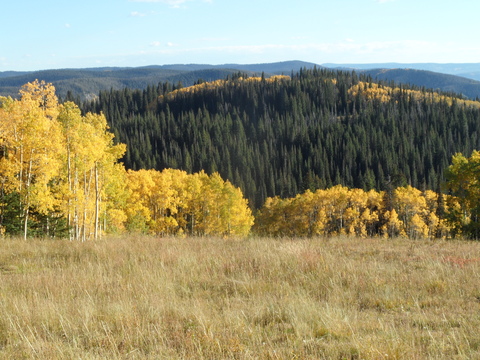 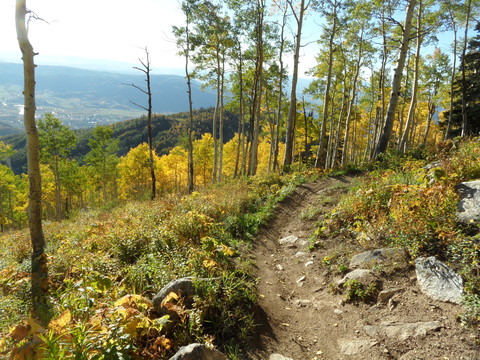 An unseasonably strong cold front is lurking just to our north and will likely blast through the area around sunset. This front has already surged down the Front Range, and uncharacteristically looks to bring the first low elevation snowflakes to that area before Steamboat Springs. Most if not all of the moisture associated with the front will also slide to our east, leaving us dry and seasonably cold for tomorrow, especially in the morning where we may see some below-freezing temperatures for the first time this season.

The dry air behind the front will keep our area sunny through Saturday before a trailing wave passes to our north late that night. Temperatures will cool a bit again on Sunday, but not be as cold as Friday morning, and there may be some showers in the afternoon as moisture from the south moves northward behind the departing wave. In fact, a ridge is forecast to build behind the departing wave and the clockwise circulation around the west side of this ridge will continue drawing moisture north through the workweek, leading to warming temperatures and the continued slight chance of afternoon storms.

Another strong wave approaches the west coast late in the workweek, but again there is disagreement about the interaction with another tropical storm forecast to be off the coast of Baja. The European ECMWF keeps these storms separate and the American GFS phases them. Remember this was similar to the prediction last week, and the end result was that tropical moisture was shared by the storms leading to the heavy rains on Tuesday, even though the storms themselves remained separate. So again, the outlook for next weekend is uncertain.

Monsoonal moisture to hang around until mid next week

Currently, monsoonal moisture has once again invaded the area from the south, leading to high clouds this afternoon. Additionally, a cool front is moving across our northern Colorado border, and that may help some afternoon or evening showers to develop.

The upper level low associated with this front is currently splitting, with some of the energy being left behind on the central west coast. Pieces of this lagging part of the trough will keep the chance of showers for Friday and Saturday as the energy moves either over us or just north of us, as there is model disagreement on exactly how this lagging trough will evolve.

There may be a break on Sunday and early Monday as transient ridging crosses the area ahead of another trough forecast to be over the Pacific northwest by late in the weekend. Not only will this wave pick up whatever energy remains from the lagging trough off the central west coast as it moves eastward, but the remnants of Tropical Storm Norbert, currently of the coast of Baja, will also be entrained as that storm moves north.

This may lead to another very wet period late Monday through Tuesday night before the westerly flow associated with the Pacific northwest trough moves over our area by Wednesday. Dry and cool air behind this trough will likely produce some great early fall weather through the end of the workweek before another trough looks to threaten next weekend’s weather. However, there is considerable model disagreement by then, so the forecast is uncertain.